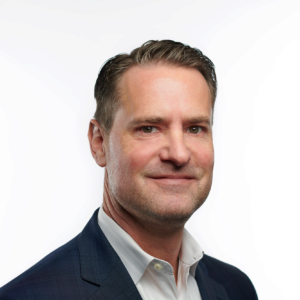 Jason began his career at DivDat in 1989, as a high school co-op, working for his father and uncle, during summer vacation. As he learned the business and the customers, and attended college at night, his responsibilities grew.

In 1992, and as the company grew both organically and by acquisition, Jason stepped up to the challenge and moved to Virginia to integrate the newly acquired Telepost business and create the Company’s D.C. office, its first expansion outside of Michigan. In 1999, after successfully realizing synergies on the east coast, Jason returned to oversee DivDat’s corporate headquarter expansion in Ferndale, and was promoted to the role of General Manager. His passion for finding scalable solutions that deliver benefits across markets opened the doors to the company’s expansion into electronic invoicing and credit collections services.

In 2000, DivDat quickly rose to a leadership position in electronic billing and payment and boasted clients such as GM, Ford, BMW, and Nestle Waters on its billOnline™ platform. Under his leadership, the company expanded into the healthcare vertical, providing electronic bill payment and presentment (EBPP) functions.

In 2009, Jason was elevated to the role of President and CEO and led the divestiture of the healthcare division. In that year, DivDat reinvested in the application, built a world class IT function, and realized a fully scalable tech stack, effectively bringing accessible SaaS solutions to market in an effort to level the paying field®.

 Back to Our Team